Spinal muscular atrophy (SMA) is an inherited condition that can be diagnosed with a genetic test. People are usually diagnosed with SMA after they show symptoms unless there are cases of SMA in the family. Diagnosing SMA can be difficult because it is a rare disease with similar symptoms as other neuromuscular disorders.

New treatments improve health outcomes when started before symptoms appear. This is why an early diagnosis is important. SMA is now on the list of recommended conditions to screen for in every newborn.

Genetic testing is sometimes done before children are born if they are at risk for SMA. The decision to undergo prenatal testing is a complicated and personal one. Talk to your doctor about the potential risks and benefits of each option.

Parents are often the first ones to notice early symptoms of SMA in their children. Symptoms may include:1,2

Families often experience delays in diagnosis as doctors rule out other disorders with similar symptoms. Once doctors suspect SMA, they will order a genetic test through a blood sample. More than 95 percent of people with SMA can be diagnosed by a deleted section of the SMN1 gene. The rest of cases are caused by rare mutations that need more tests.3,4

At the same time, your doctor will refer the family to a pediatric neurologist. This is a specialist in childhood nerve diseases. They can perform more tests and confirm the results of the genetic test.3

They can also see how many copies of the SMN2 gene your child has. This is the back-up gene which people with SMA need for motor neurons to function. Having more copies of SMN2 usually means a milder disease. While waiting for these test results, the care team can begin physical therapy and supportive care.1,5

New disease-modifying treatments for SMA are more effective when they are started earlier. For example, starting SpinrazaⓇ (nusinersen) earlier improves the chances of reaching developmental milestones for children with type 1 or 2 SMA.5,6

The best way to start treatment before symptoms appear is to test every newborn for SMA. Doctors already use blood draws to screen newborns for other diseases. SMA was added to the federal Recommended Uniform Screening Panel (RUSP) in 2018.3,7,8

As of early 2021, 33 U.S. states test every newborn for SMA. This represents about 68 percent of babies in the United States. The Cure SMA foundation website offers more details about newborn screening and SMA in each state.3,7,8

If a newborn screening test result is positive for SMA, doctors will perform a follow-up test to confirm the diagnosis. They will also refer the family to other specialists. This may include a pediatric neurologist and a family psychologist.

Some families choose to undergo prenatal testing if their child is at risk for SMA. For example, if both parents are carriers, the child has a 25 percent chance of having SMA. Prenatal testing can determine if an unborn baby has inherited SMA.

The most prenatal testing method is amniocentesis. This can be done after the 14th week of pregnancy. In amniocentesis, doctors insert a tiny needle into the abdomen to extract the fluid around the unborn baby. This fluid contains fetal DNA that can be tested for SMN1 alterations.3

The second method is chorionic villus sampling. This can be done after the 10th week of pregnancy. Chorionic villi are fingerlike projections from the unborn baby that form the placenta. They also contain fetal DNA that can be tested for SMA.3

Prenatal testing is a personal and emotional decision for parents. Talk to a doctor about the risks and benefits of each procedure.

When both parents are carriers, there is a 25 percent chance that their child will have SMA. This happens when the child inherits the altered copy of the SMN1 gene from each parent.9 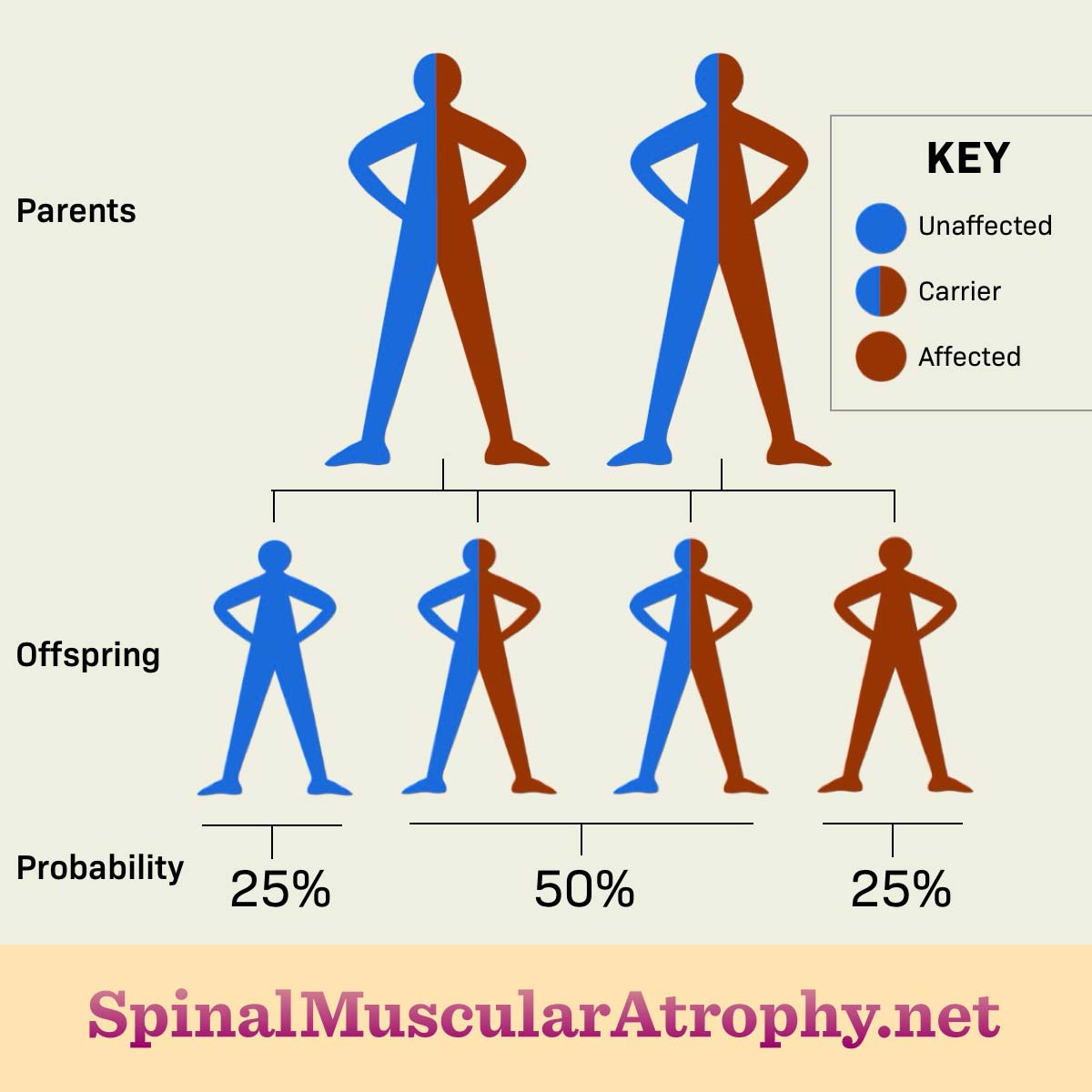 Most people do not know they are carriers until they have a child with SMA. A genetic test using blood or saliva can detect about 95 percent of carriers. If you have a family history of SMA, talk to your doctor or a genetic counselor about carrier screening. The American College of Obstetricians and Gynecologists (ACOG) recommends that all women planning to become pregnant should be offered carrier screening.9

Carrier testing is a personal decision that can impact family planning. Everyone has the right to choose what is best for them according to their values. A genetic counselor can discuss your options and help you plan for potential outcomes.

How Do You Handle Cold Weather?