What is Spinal Muscular Atrophy (SMA)?

Spinal muscular atrophy (SMA) is a genetic disorder where muscles become weak and waste away. It happens when spinal cord nerve cells die, causing important muscles to become inactive. It is the most common genetic cause of death in infants.1,2

Symptoms and outcomes vary depending on the type of SMA. The most common and severe type is type 1, where symptoms begin during the first few months of life. Milder types affect older children and adults in different ways.1,2

In most cases, SMA is caused by low levels of a protein called the “survival of motor neuron” (SMN) protein. The SMN protein is made with instructions from 2 regions of our DNA, called the SMN1 gene and the SMN2 gene. People usually have 2 copies of each gene, with 1 from each parent. The SMN1 genes provide the instructions for most of the SMN protein produced by our cells.1,2

In nearly all people with SMA, the SMN1 gene is altered and cannot be used to produce any SMN protein. SMA occurs when a child inherits 2 copies of the altered SMN1 gene, with 1 from each parent.3 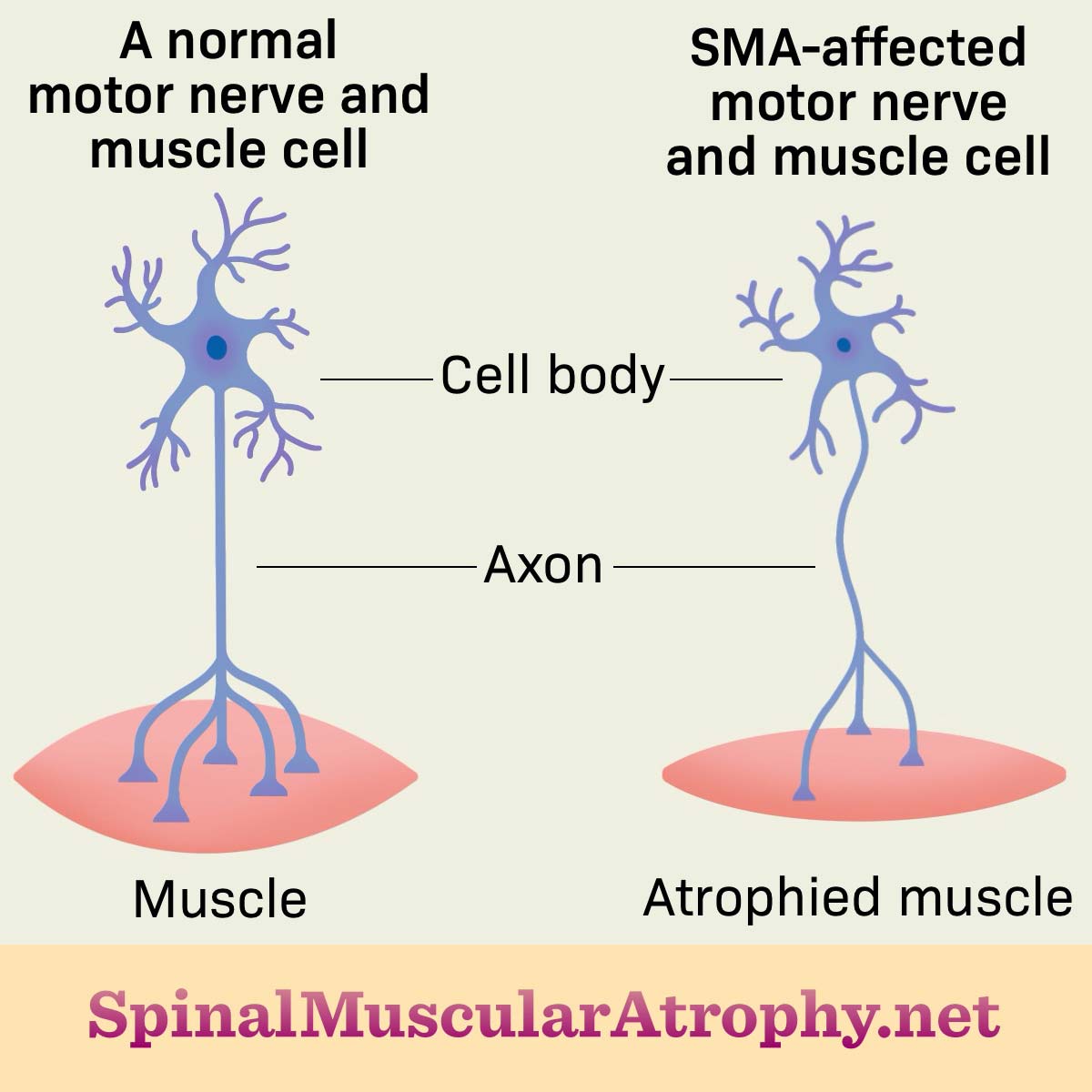 What are the different types?

SMA is actually a group of disorders that vary in severity. The severity depends mostly on how well the SMN2 genes can make enough SMN protein in the absence of SMN1. Most people have 2 copies of the SMN2 gene, but having more than 2 copies usually means the disease will be milder.2,5

SMA is divided into 4 major types. The types are defined based on the highest motor development milestone a person reaches:6,7

Newer classifications are also being used. For example, some experts classify people as “sitters” or “walkers” based on their functional status.8-10

How common is this condition?

About 6 million people in the United States are carriers of the SMA gene. This is roughly 1 in 50 people. This means they have 1 copy of a normal SMN1 gene and 1 copy of the mutated version. They can pass on the gene to their biological children but are otherwise healthy.6,11

What are the symptoms and complications of SMA?

Symptoms of SMA vary depending on the type, stage, and other factors specific to each person. The most common early symptoms of type 1 SMA are floppy limbs and poor head control. Other common symptoms for type 1 include:2,7

Symptoms for other types of SMA tend to be milder and start later in life.

What are the health outcomes and how do they vary?

Health outcomes for people with SMA vary depending on the type. The most severe forms (types 1 and 2) are fatal, usually because of respiratory failure. This develops when the lungs cannot get enough oxygen into the blood. Children with SMA have normal brain development and are highly intelligent and social.2

Most people with type 3 or 4 have a normal life expectancy. However, muscle weakness and other symptoms can still interfere with daily life.3

There is no cure for SMA. Treatment is focused on reducing symptoms and preventing complications. The FDA has approved 3 treatments for SMA. These have changed the course of SMA progression for many people. These treatments are:6,8-10

People with SMA are usually treated by a diverse team of doctors. Treatment from these specialists may include:8-10

Jessie's Bucket List--What is on Yours?